Google announced that from March 2020, they will be introducing two new link attributes and making a big change to nofollow links. As we get up to speed on what this means, one aspect that is  important for digital PRs is the change to nofollows.

Any link builder who has worked or a digital PR campaign will know – a nofollow link can be the bane of your life. Especially when all hope of attaining  links from a high domain authority site is dashed after it’s deemed to have ‘no SEO value’.

And this has become harder over time. More titles and most publishing sites worth their salt have stepped back from giving away link equity, executing a blanket nofollow link policy.

Sites like Buzzfeed, Hearst, and the Independent have all implemented these nofollow link policies sitewide, putting link builders in a tough spot where a great domain with a vast reach won’t pass on any SEO value.

If time wasn’t an issue, you might be in a position to compromise by targeting sites that include follow links instead of the larger sites that don’t.

This would make link building safe, but also samey.

Fortunately, the upcoming change to nofollow links means that Google won’t completely disregard them but let them send ‘signals’ to the referring site. This means the hard work of being featured in a title like Mirror.co.uk (domain authority of 93) won’t be wasted, or account for publicity or referral traffic alone.

No one is sure how much the signals are going to contribute to your SEO, but this news does mean that while Google is collecting vital data they once ignored, they will now look at nofollow link features as a ranking factor.

Knowing this update is on the way, what does link building look like for 2020?

Outreach is going to be different. With no limit to where link builders can go to attain high-quality coverage, digital PRs are going to be punchier. This should spell the end of monotonous and safe outreach and see PR aiming for the sky when it comes to domain authority.

The approach is going to need to be bolder as more titles become targets for features. Stories will need to be big to hit the headlines. The average domain authority of hits secured is going to increase, but it’s the content that is really going to change this year.

We are going to see more link building activity based around bigger campaigns. This could be a concept, a large content piece or a story that has been created for press. Link building is not only going to be punchier, but it’s going to be more proactive. Instead gaining links through existing  collateral,  link builders will be able to create newsworthy pieces knowing full well that big titles are up for grabs.

So, bigger, punchier and more profound stories are going to make the headlines – all in the name of link building.

Here are some great examples of the type of approach I’ve been talking about:

That’s How it Ends

Pipped by  Content, Curated this simple concept used IMBD data to show the peaks and troughs of how the biggest popular series during their lifespan. 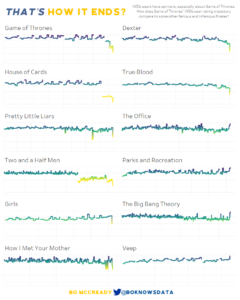 Simply by using a freedom of information request, Compare My Move mapped up the most noisy neighbours based on council complaints. 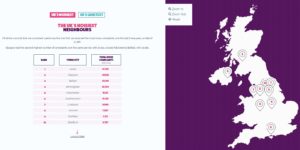 Poundland introduced their Invisibility Cloak. They have also been responsible for other stunts that has gained them links large titles, such as the £1 engagement ring in the run up to Valentine’s Day. 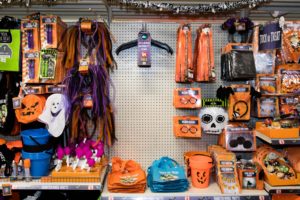 So, in short, we are expected to see more diverse links, more big campaign stories, more PR stunts and more personable story-telling that will attract national news from link builders.

Google’s policy on nofollow links allows Digital PRs the ability to work on ‘blue-sky thinking’ campaigns without the risks of their links not being considered.

View all posts by BusinessWebTeam →

How to Onboard Clients with Immersion Workshops – Whiteboard Friday

UX matters for search: Here are two reasons why

Brute Force Password Hacks on the Rise by @martinibuster

Spare Us Some Change?

Has our site been useful to you? Consider donating to us so that we can invest to make our content better.

We highly recommend the books below.
Click here to see more
recommended books